Looking for insight into a particular question or issue in your life? Tarot cards can help to explain your current situation and anticipate future events. You can use your tarot cards to provide insight into a specific issue or you can choose to get a general reading that focuses on important aspects of your life. 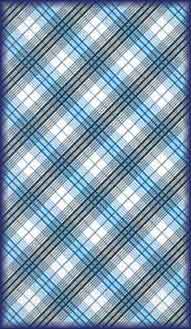 No one truly knows how old the practice of reading tarot cards is or where they originated. Their mystery is very old and their allure is still great. Many say that the gypsies, who originated from Asia, were the creators of the Tarot while others claim that the Ancient Egyptians read and decorated the first deck. It may seem difficult at first to read these beautiful cards, but, in fact they are very simple to read. One must only put together the symbols to be able to interpret what their futures hold.

Tarot cards are split into two groups: The Major Arcana and the Minor Arcana. The Major Arcana foretells big events or changes in one's life while the Minor Arcana gives a more detailed outlook. The Minor Arcana is also laid out like a deck of regular playing cards. In fact, the Tarot is where playing cards originated from. However, the four symbols of the Minor Arcana are the swords, hearts, coins/pentacles/shields, and the spears/wands. It depends on the type of deck you acquire for certain symbols. The most popular deck of cards, which is called the Rider-Waite Tarot, has swords, hearts, pentacles, and wands. Remember, coins, pentacles, and shields always mean the same thing. Another popular one is the French deck referred to as the Tarot de Marseille. Tarot gratis, anyone?